Important Questions based on Indian Polity Types of Emergencies 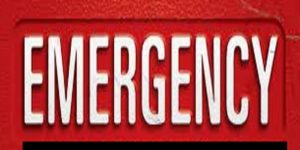 There are three types of emergencies-

About the Author: saurabh sir